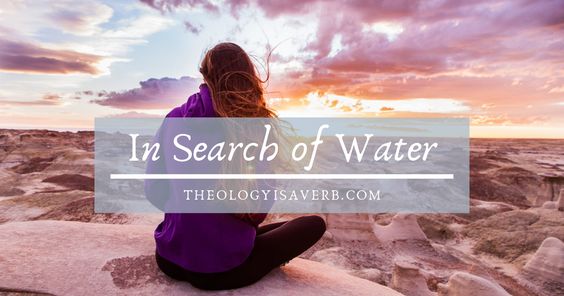 Then, leaving her water jar, the woman went back to the town and said to the people, “Come, see a man who told me everything I ever did. Could this be the Messiah?” They came out of the town and made their way toward him. John 4:28

Growing up as a southern girl in a small town, where everyone knew everybody and all their business there wasn’t much that ever stayed hidden for long. Gossip tended to flourish even over the smallest insignificant things despite the Sunday sermon that preached against it.  And yet, there was a wide path of forgiveness, where amends could and would be made if you planned on becoming a lifer. Especially, if you belonged to the same church and came with either a contrite heart or with a reasonable explanation requesting prayers.

Church was known to be a place where reconciliation occurred not just between the penitent and God but with the community. Where you were encouraged to foster relations between Christ, neighbor and stranger alike refusing to let them fall. Moreover, by inviting a new friend you participated in a grownup Christian show and tell. Out of town relatives and those who had left other churches were considered indeed special as they were entitled to a warm welcome.

Now in an age where an event can not only make the evening news but is broadcast all over social media, it is no wonder why community reconciliation seems near to impossible. Likewise while you may know several repeat families at a particular Mass, the thought of inviting a new friend and introducing them is itself a foreign concept.  Thus, in a strange dichotomy, Church can be a place that is a solitary and isolating experience where the in club includes everyone but you.

Recently I encountered one such believer, who through no fault of her own had found herself alone and pitted against the world. Circumstances created by another had placed her family first and foremost in the center of the news. Due to the nature of the event, she could not help but feel judged and defined forevermore. However, now in need of help she knew of no where within her own community to turn. And “why would they?”, she questioned, for she did not have the bonds of neighbor or friend to call upon.

For this reason, her call for help involved a conversation with a church in a neighboring community whom she hoped would have a different perspective. Though, despite my best efforts to encourage her reach out locally, she had already resolved that help was unavailable. Whether or not her assessment was accurate, one thing became clear she needed someone she could trust to turn to. Someone, that is, who could see beyond the precipitous of the crisis providing mercy without scrutiny.

“I tell you, open your eyes and look at the fields! They are ripe for harvest. Even now the one who reaps draws a wage and harvests a crop for eternal life, so that the sower and the reaper may be glad together.” John 4:35-36

While her story is highlighted here it is not a remote occurrence within our society or our churches. Quick to rush to judgment we often listen to the side that is portrayed without considering all of the victims of the situation. Even unintentionally we fail to provide the same merciful encounter with Christ that we are being asked to witness. Yes, “the fields are ripe” and there is much work ahead.

We who have “reaped the benefits” of the labor of saints long before cannot remain idle if we are to have a church community living the Gospel. Welcoming needs to mean more than a smile at the door… as Catholics it must entail an encounter with the real presence of Christ. That is, we must be willing to attend to the real needs of those around us, extending both hand and heart to the isolated, and disenfranchised. Each person becomes then more than a member but a profound witness to Christ alive in this world as well as the promise of eternal life.

Do I take God’s love and mercy for granted? Has my discipleship and witness become stale? Who might be in need of an encounter with the living Christ today?