We start off our week with Simplifying The Soul-Lenten Practices to Renew Your Spirit with Paula Huston, then Jamie Arpin-Ricci joins us to discuss Vulnerable Faith: Missional Living in the Radical Way of St. Patrick Paraclete Press, Jack Levison with 40 Days with the Holy Spirit: Fresh Air for Every Day.

…and Encores of the Catholic Relief Services Columbia Trip 2016 Recap with Lisa Hendey and Sherry Brownrigg  and Saying Yes! with Albert Haase, OFM 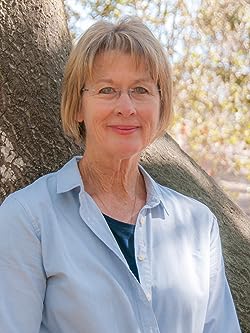 Her first nonfiction project was Signatures of Grace, for which she served as co-editor and contributor; it earned a starred review from Publishers Weekly. Her book The Holy Way, which garnered another PW starred review, was a Catholic Press Association award-winner, a Catholic Book Club major selection, and a ForeWord Magazine bronze medalist for Book of the Year in Religion. Huston’s other spiritual nonfiction includes By Way of Grace, Forgiveness, Simplifying the Soul, and A Season of Mystery. A Camaldolese Benedictine Oblate, Huston is married, has four children and four grandchildren, and lives on the central California coast.

Tuesday: Jamie Arpin-Ricci, is the author of The Cost of Community: Jesus, St. Francis and Life in the Kingdom and the pastor of Little Flowers Community in the inner city of Winnipeg. He has spent two decades serving in ministry among the urban poor, both in North America and abroad. Here today to talk about Vulnerable Faith: Missional Living in the Radical Way of St. Patrick by Paraclete Press.

Wednesday: Jack Levison – holds the W. J. A. Power Chair of Biblical Hebrew and Old Testament Interpretation at Perkins School of Theology, Southern Methodist University and is “the most competent scholar and clearest writer on the Holy Spirit that I have known,” according to Eugene Peterson. A contributor to parade.com, relevant.com, and beliefnet.com, Jack has written Fresh Air: The Holy Spirit for an Inspired Life to wide acclaim. His writings have been translated into German, Spanish, and Korean. He joins us today to discuss 40 DAYS WITH THE HOLY SPIRIT: Fresh Air for Every Day.

Thursday: Catholic Relief Services Columbia Trip 2016 Recap with Lisa Hendey and Sherry Brownrigg This Lent, as they have for four decades, millions of Catholics around the United States will place a colorful cardboard box and calendar in their homes to begin a spiritual journey that changes lives around the world.

For Catholic families, the “CRS Rice Bowl Effect” begins conversations about Lent and their faith, about the role of charity, and about the many different people who make up our world family.  For Catholic parishes and schools, it unites communities for Lenten faith reflection around the spirit of serving those in need and the good work of the Church around the globe.  And for those who benefit from its charity, the “Rice Bowl Effect” is a key to a better life.

Friday:  Ordained a Franciscan priest in 1983, Albert Haase, OFM, is a popular preacher, teacher, spiritual director and radio talk show guest. A former missionary to mainland China for over eleven years, he is the award-winning author of nine books on popular spirituality and the presenter on four bestselling DVDs. He trains spiritual directors in the diocese of Springfield, IL. He lives in Texas. Visit his website at www.AlbertOFM.org