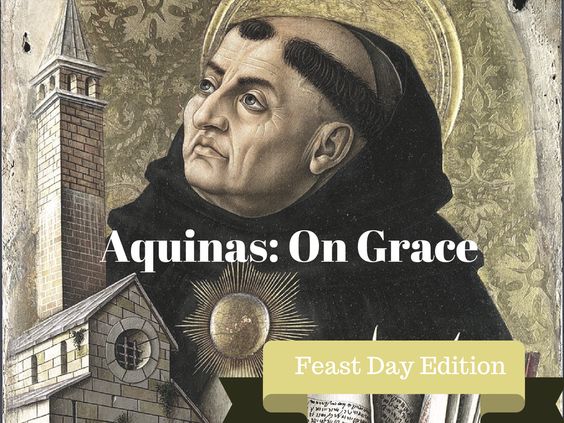 I would venture to say that both the strength and weakness of Aquinas can best be understood in light of how he believes knowledge is acquired about God and his creation, the body and soul, and the part that our grace plays through it all.

For Aquinas, much like Aristotle, much knowledge is gained by observing the world through our senses and compartmentalizing its importance by reason. Nevertheless, while there are subjects that we learn through reason, there are others that we understand only through divine revelation, and still yet concepts that require both.  When we look at the world in God’s creation we are able to see beauty, wisdom, being and goodness.This notion that our bodies are not evil but through our senses we are able to understand God’s creation and, in part, knowledge of the existence of our Creator is a strength for Aquinas. We look at creation and understand the material that comprises it (clay), and in what shape it is in (pot), understand something about the creator who made it (potter), and ultimately the purpose for which it was made.

However, although this allows us to know aspects of God, Aquinas concedes that human reason is still limited in fully comprehending God’s magnificence.  Aquinas noted that “while a philosopher can show that God exists, he doubted that reason can tell us much about God’s nature…only what He is not.” [1]  Aquinas consequently argues that human reason must be met with God’s revelation of himself simply to understand his existence.  Therefore, since they both come from God, reason and revelation do not oppose each other, but supplement each other [2] .

When it comes to understanding mankind, Aquinas makes a further distinction in his causality argument. Aquinas sees the soul as the form for the body, and although they can exist separately it is not humanity’s ultimate purpose. Rather, the ultimate goal would be at “Christ’s second coming and the general resurrection when we will exist as embodied souls”. [3] .This ultimate goal or union with God is not achieved, however, by our own reason or will but as an added salvific grace. “Moreover, the Incarnation holds up to man an ideal of that blessed union whereby the created intellect is joined, in an act of understanding to the uncreated Spirit…returns by a sort of circulatory  movement to his first beginning, being united by the work of the Incarnation to the very principle of all things”. [4]

Foremost, Aquinas saw that grace and nature complemented each other in mankind in an “indwelling of grace that elevates our nature and leads us to pursue happiness” [5]  Further, there are also virtues of faith, hope, charity, fortitude, justice, temperance, prudence that will bring us closer to God when matured. In cooperating with grace we are able to live moral lives and good works are seen. This is strength for Aquinas, because it helps us understand the search for virtue, meaning and happiness in those who have yet to experience God’s grace in conversion. [6] However ,what if one’s natural pursuit for happiness is more a product of society’s influence than of the moral law of our creator? Aquinas noted, that “ through sin the reason is obscured especially in practical matters, the will hardened to evil, good actions become more difficult, and concupiscence more impetuous”(Summa I-II, 85,3)

Further, Aquinas’ argument that some truths are only known by revelation from God, would also suggest that there are truths which will not be understood by those who do not believe in God. Hence, “the way in which we understand the substance of a thing determines the way in which we know what belongs to it” (Contra Gentiles 3, 3, 3) Those who do not believe in God, therefore will not accept divine truth and will look to society to explain the truths in the world. Thus, a salvific grace is “added to those of nature in such a way that it does not destroy the latter but perfects” [7] . On this idea of grace and the remission of guilt Aquinas notes, “Now the effect of the divine love in us which is taken away by sin, is grace, whereby a man is made worthy of eternal life, from which sin shuts him out. Hence we could not conceive of the remission of guilt without the infusion of grace” (Summa Theologica II, 113, 3). Rather, because of sin, we cannot grow closer to God without the added grace to know and love God.

Without this God given grace, mankind could not achieve ultimate union with God which is the ultimate purpose of our creation.  Aquinas notes that through Christ humanity is restored, so that “henceforth men might serve God no longer out of fear of death…but out of love of charity”. The weakness in this concept of an added quantity of salvific grace is, I believe, that it does not adequately address the grace presently working in our continued relationship with God.  Here the ” ‘movement of the soul’ towards God is nothing more than faith”. [8]

It is important to recognize that the saints, much like you and I, were working out just who God is and how we come to know God in their own lives. Each one of us is invited to do the same, which in some ways unique to just who God created us to be.

Who is God in my life today? What do I find moves my soul closer to God? What place does reconciliation play in my journey with God?

Link up with other Catholic Bloggers or see what they are revisiting this week!