Getting ready for Lent with great invitations for Reflection and Action!

Greg Wolfe with God For Us, Monsignor John Enzler with Everyone’s Way of the Cross, Catholic Relief Services trip to Columbia Recap with Lisa Hendey and Sherry Brownrigg,   Encore with Donna-Marie Cooper O’Boyle. 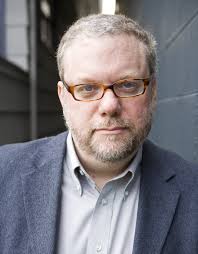 Monday: Greg Wolfe, is editor of Image, one of America’s leading quarterly journals. He serves as Writer in Residence and Director of the low-residency MFA in Creative Writing program at Seattle Pacific University. His literary imprint, Slant Books, is published by Wipf & Stock. Wolfe’s books include Beauty Will Save the World, Intruding upon the Timeless, and The Operation of Grace. He has served as a judge for the National Book Awards. He is here with us today to discuss God For Us: Rediscovering the Meaning of Lent and Easter, a book he is co-editor of along with Greg Pennoyer.

Tuesday: Monsignor John Enzler , a native Washingtonian, Monsignor Enzler has more than 40 years of experience as a priest, leader and advocate serving the needs of the most vulnerable in our community. Msgr. Enzler has long been involved in the work of Catholic Charities. His commitment to the poor and underserved extends beyond his work for Catholic Charities to include service on the boards of national and local organizations.

He joins us to discuss the classic Lenten devotional Way of the Cross written by his father Clarence Enzler (1910–1976) , first published in 1970.  A prolific author, Clarence Enzler published articles in many national magazines, including The Ave Maria, and he wrote three books. He held a doctorate from Catholic University of America and was a deacon in the Archdiocese of Washington.

Wednesday: Tony Agnesi Catholic Storyteller, author and blogger Tony Agnesi is on fire with his Catholic faith. His Sunday blog, Finding God’s Grace and Wednesday snackable podcast have an International audience in several languages. In 2015, Tony was a finalist in the Religion/Spirituality category for the 15th Annual Weblog Awards, the Bloggy’s. He is a member of Radio and Television Hall of Fame.
He is a member of the Catholic Writers Guild and is a frequent contributor to Shalom Tidings magazine and is a monthly guest on An Engaging Faith on Breadbox Media.Tony and Diane, his wife, of 43 years, live in Wadsworth, Ohio. They have two adult sons, a beautiful daughter-in-law, and grandson, Nico, the love of their lives.You can read and subscribe to his blog and podcast at http://tonyagnesi.com.

Thursday: Catholic Relief Services Columbia Trip 2016 Recap with Lisa Hendey and Sherry Brownrigg This Lent, as they have for four decades, millions of Catholics around the United States will place a colorful cardboard box and calendar in their homes to begin a spiritual journey that changes lives around the world.

For Catholic families, the “CRS Rice Bowl Effect” begins conversations about Lent and their faith, about the role of charity, and about the many different people who make up our world family.  For Catholic parishes and schools, it unites communities for Lenten faith reflection around the spirit of serving those in need and the good work of the Church around the globe.  And for those who benefit from its charity, the “Rice Bowl Effect” is a key to a better life.

Café and Everyday Blessings for Catholic Moms on EWTN. A wife and mother of five, Cooper O’Boyle was recognized as one of the Top Ten Most Fascinating Catholics in 2009 by Faith & Family Live. She enjoyed a decade-long friendship with Blessed Mother Teresa of Calcutta and became a Lay Missionary of Charity. For many years her spiritual director was Servant of God John A. Hardon, S.J., who also served as one of Mother Teresa’s