During my undergraduate years at Mt. Holyoke College, I was to take the first course of what was to become my life’s work. Yet, at this very secular college, Philosophy of Religion had not been framed as articulate reasoning to believe. Rather, it was most often presented as confounding belief despite the fallacies, heresies, and multitude of reasons stacked up against it.  Yet the more I listened to the Harvard trained divinity professor reinforce his opinion in lengthy lectures, I wondered if he was actually a believer at all. 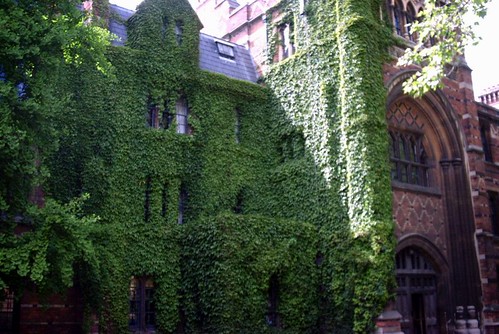 Extremely interested in grade point averages, students at this ivy leagued college scribbled feverishly with aching hands every word spoken…myself included.  Despite this, something beautiful happened- though I saw the difficulties to belief I became more and more enthralled with the moments of conversion. In seeing that in all the muck and mire, with the many mountains humanity creates, God is there working through every single one of us.

Midterms for this class were a nightmare, with 5 pages of insane but cleverly crafted questions to confuse the student to the point that one wasn’t sure of any answer. To his delight he announced that no one had passed, but since he graded on a curve that many of us were safe. As one of the best of the worst, I now took a deep breath and could only imagine what finals would be like. That morning in a heavily proctored lecture room I took my envelope and found a seat near a window. As I stared at the words and images on the single page exam, my heart stopped as I realized God had given me the perfect essay prompt to vocalize all that was within my heart. Out of all the choices, one just leapt out at me. A Peanuts cartoon with Charlie Brown desperately searching for a ball hit into a field of tall grass..with a 3 word exclamation at the end. “I found it!” 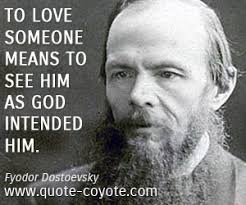 This was for me what we describe in teaching as an “Aha” moment- that instant when a student suddenly grasps or acquires deeper meaning in the material presented. I wrote for what seemed to be only minutes, but filled an hour and a total of 8 pages.  Weaving in centuries of historical arguments with the personal conversion stories of those like Augustine and Dostoevsky, my soul soared.  As I put down my pencil and placed the exam in the folder, I knew that whatever grade transpired I had put my whole heart on paper that day.

Interestingly too, I began to look closer at the work of artists, cartoonists, architects, popular authors and musicians as expressions of belief in a very secular world. Very relatable yet quite frequently going theologically unnoticed, these works speak profoundly to the Divine. In seeking to evangelize, we must not look only to the theologians and doctors of the Church, but to these everyday believers and would be saints who put their faith and soul out for the world to see and believe.

Do you have an “ah-ha!” moment? How have you found God evidenced in the world around you today? Have you also shown God to others in what you say and do?