Carving out time for sacred space, conversation and silence amidst our daily lives-

William Barry, SJ joins us with A Friendship Like No Other, also Jon Sweeney of When Francis Saved the Church, Sr. Marianne Trouvé’s Advent with Francis, and Terry Hershey with Sanctuary.

And Tony Agnesi with Finding God’s Grace in the Everyday. 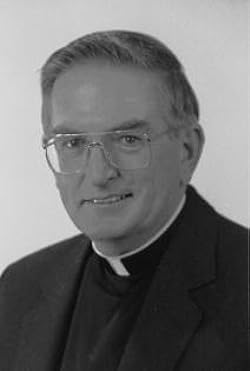 Monday: William Barry, SJ., is a veteran spiritual director and author who is currently serving as tertian director for the New England Province of the Society of Jesus at the Campion Center in Weston, MA. A native of Worcester, MA, Fr. Barry entered the Society in 1950 and was ordained to the priesthood in 1962. After earning a  Ph.D. in clinical psychology, he taught at the University of Michigan, Weston Jesuit School of Theology, and Boston College.  Fr. Barry served the New England Province in a variety of leadership roles including provincial.  Fr. Barry is the author and co-author 15 books. He currently resides at Campion Center where he continues to write and direct retreats. His many works include Letting God Come Close, A Friendship Like No Other, Here’s My Heart, Here’s My Hand, Seek My Face, and God’s Passionate Desire (Loyola Press), and God and You. Tuesday: Jon M. Sweeney, author and editorial director at Franciscan Media, whose 11 books have sold more than 150,000 copies. The Pope Who Quit, sold more than 35,000 copies in the trade edition, was a selection of History Book Club, received a starred review in Booklist, and was excerpted by Reader’s Digest for its iPad subscribers. His books have become History Book Club, Book-of-the-Month Club, Crossings Book Club, and Quality Paperback Book Club selections. Sweeney has been interviewed on CBS Saturday Morning, Fox News, CBS-TV Chicago, Religion and Ethics Newsweekly, and on the popular nightly program Chicago Tonight. He is married, the father of three, and lives in Ann Arbor, Michigan. Today we will be talking about his book, by Ave Maria Press, entitled When Francis Saved the Church: How a Converted Medieval Troubadour Created a Spiritual Vision for the Ages.

Wednesday: Since 1976, Sr. Marianne Lorraine Trouvé, FSP, has been a member of the Daughters of St. Paul, an international congregation of women religious. She has an M.A. in theology from the University of Dayton. Since 1994 she has served on the editorial staff of Pauline Books & Media publishing house in Boston, Massachusetts. Author/editor of Mary: Help For Hard Times, St. Clare of Assisi, Angels, The Rosary with Pope Francis and Advent with Pope Francis. In addition to her numerous books Sr. Marianne blogs over at Thomas For Today. 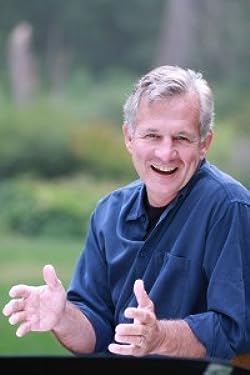 Thursday: Terry Hershey, author, inspirational speaker, ordained minister, self admitted golf addict, and gardener. Terry lives on Vashon Island, near Seattle, WA.  His work has been featured on The Hallmark Channel, PBS, and NPR and he is the author of The Power of Pause (Loyola Press) which encourages us to slow down, Soul Gardening and his latest book Sanctuary: Creating a Space for Grace in Your Life .  He “divides his time between designing sanctuary gardens and sharing his practice of “pausing”and “sanctuary,” to help us do less and live more”.

Friday: Tony Agnesi, who is Finding God’s Grace in Everyday Life is the Senior Vice President of Rubber City Radio Group, WQMX, WONE, and WAKR in Akron and WNWV in Cleveland and member of Radio and Television Hall of Fame. A relentless storyteller, his Sunday blog and Wednesday podcast have an International audience in over 70 counties and has been translated in over 40 languages. Tony and his wife Diane have two adult sons and are members of the Sacred Heart of Jesus parish in Wadsworth, Ohio.